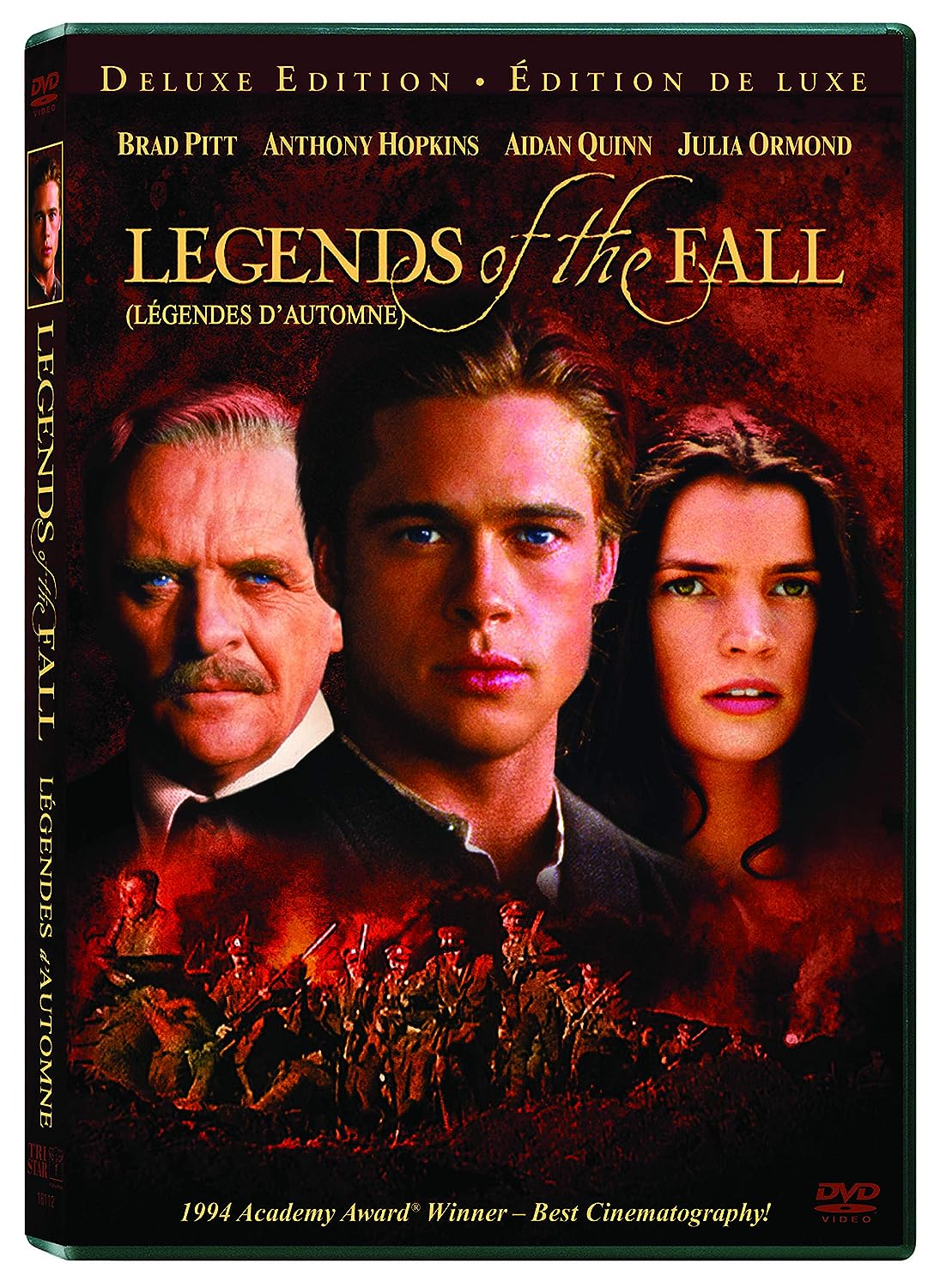 This is an epic story of three brothers bound by loyalty, tested by war, and torn apart by love. Brad Pitt stars as Tristan, the wildest of the Ludlow sons, whose failure to protect his brother puts his entire family on a path of betrayal and self-destruction. From the battlefields of Europe to the farthest reaches of civilization, LEGENDS OF THE FALL follows Tristan's turbulent journey from boyhood to manhood to legend. Also starring Anthony Hopkins, Aidan Quinn, Julia Ormond and Henry Thomas.

"h3"Amazon.com "p"A box-office hit when released in 1994, this sprawling, frequently overwrought familial melodrama may get sillier as its plot progresses, but it's the kind of lusty, character-based epic that Hollywood should attempt more often. It's also an unabashedly flattering star vehicle for Brad Pitt as Tristan--the rebellious middle son of a fiercely independent Montana rancher and military veteran (Anthony Hopkins)--who is routinely at odds with his more responsible older brother, Alfred (Aidan Quinn), and younger brother, Samuel (Henry Thomas). From the battlefields of World War I to his adventures as an oceangoing sailor, Tristan's life is full of personal torment, especially when he returns to Montana and finds himself competing with Alfred over Samuel's beautiful widow (Julia Ormond), whose passion for Tristan disrupts the already turbulent Ludlow clan. Under the wide-open canopy of Big Sky country, this operatic tale unfolds with all the bloodlust, tragedy, and scenery-chewing performances you'd expect to find in a hokey bestselling novel (in fact, it's based on the acclaimed novella by Jim Harrison), but it's a potent mix that's highly entertaining. Not surprisingly, John Toll won an Academy Award for his breathtaking outdoor cinematography. --Jeff Shannon

For anyone who loves this sweeping melodrama, the extras in this special edition make it a must-have--even if you bought the disc in its initial release. Director Ed Zwick and Brad Pitt (on one track) inject a lot of humor into their stories on dealing with the film's production. The other commentary track has cinematographer John Toll (who won an Oscar) and art director Lilly Kilvert illuminating how the two technicians worked together to create the film's luscious look. They don't talk about technical specifications as much as how studies of time and place (and a few lucky accidents) can change a script. Kilvert also guides us through a short, intriguing segment on how modern Vancouver, British Columbia, was turned into rustic Helena, Montana. Instead of the usual hunt-and-find method of an isolated music score, a menu directly links you to each scene that features James Horner's music. Three deleted scenes give more weight to Tristan's (Pitt's character) world odyssey, but, as Zwick states, they were not essential to the final film. --Doug Thomas