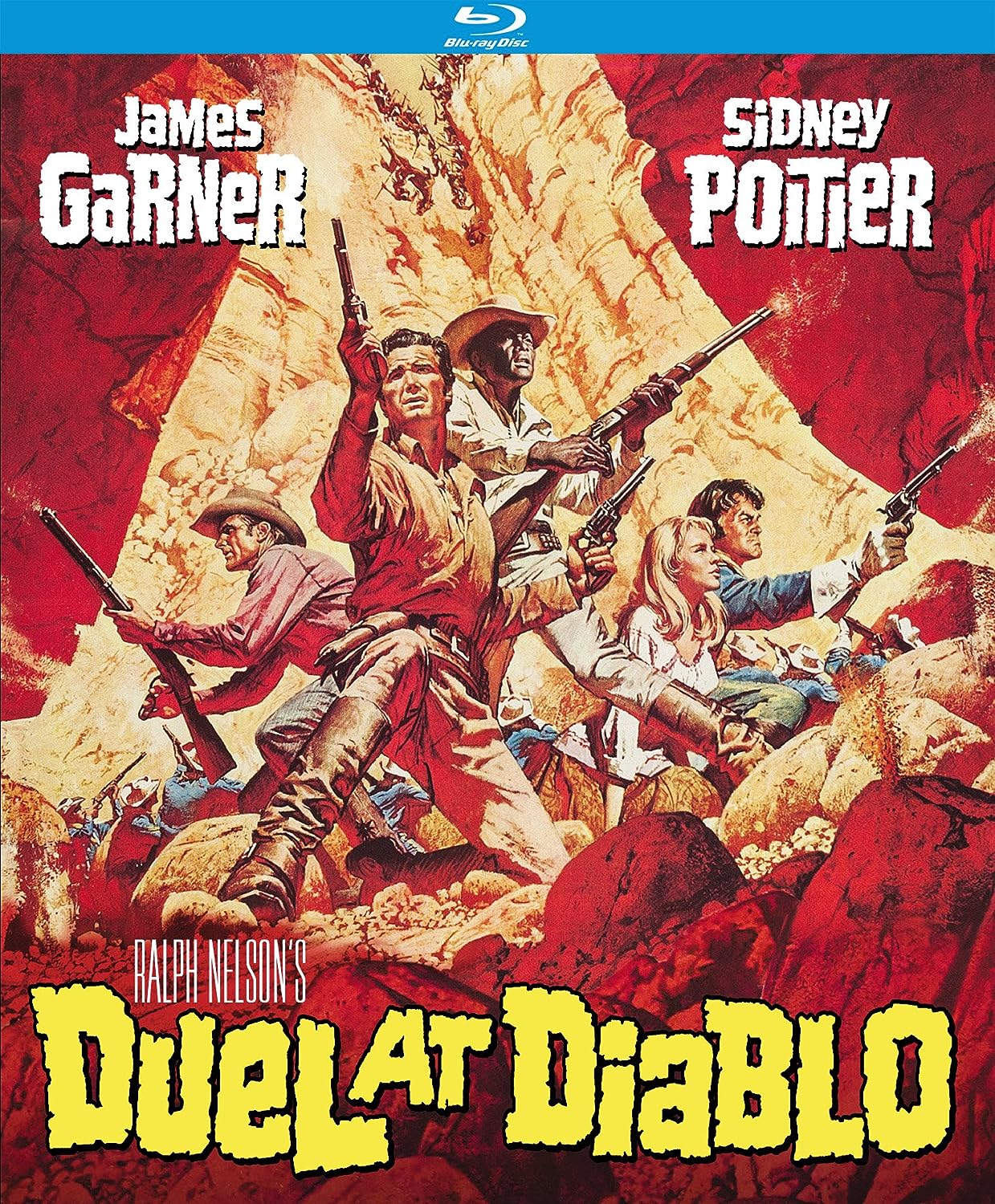 Duel at Diablo stars James Garner (Support Your Local Sheriff!), Sidney Poitier (In the Heat of the Night), Bill Travers (Born Free), Bibi Anderson (Persona), and Dennis Weaver (TV's McCloud) in a tale that will grip you (The New York Times) from beginning to end. Frontier scout Jess Remsberg (Garner) bravely leads a wagon train through hostile territory to Fort Conchos. But underneath his valor, he has an ulterior motive: to settle a score with the man he believes killed his wife. When he arrives at the fort, Jess not only learns the shocking truth about the killer, but also that the wagon train has come under Apache attack...leaving Jess their only hope for survival. Stylishly directed by Ralph Nelson (Lilies of the Field) and featuring a memorable and rousing score by Neil Hefti (TV's Batman).