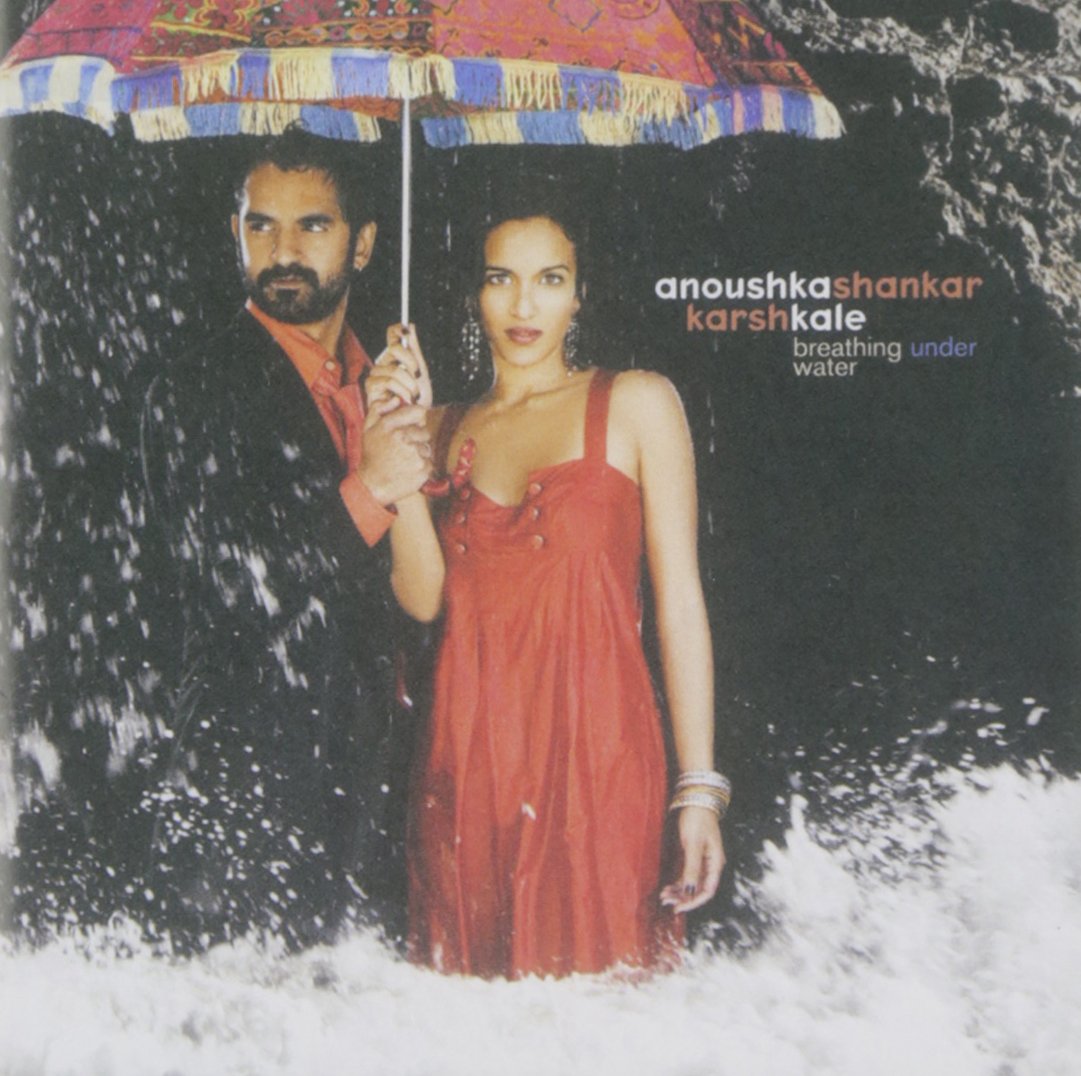 Breathing under Water is the soundtrack of a journey created by two of the most visionary talents pioneering the hip and fertile overlap of today's world music scene. Anoushka Shankar and Karsh Kale expanded beyond cultural and traditional borders of music on their new collaboration. With the help of featured guests Ravi Shankar, Sting, Norah Jones, Midival Punditz, Vishwa Mohan Bhatt, and others, the duo has succeeded in blending Indian classical, electronica, dance, and folk into a genre hopping triumph.

"h3"Amazon.com "p"Like her father before her, Anoushka Shankar is a musical eclectic experimenting with forms far beyond those of Indian classical music. Going even further than on her previous disc, "i"Rise, Shankar, along with co-producer Karsh Kale, explores the meeting of electronica and India. "Burn" starts out as a romantic Bollywood theme before turning into a sultry soul tune with electronica beats, squiggly analog synths, and an impassioned vocal by Noah Lembersky. Shankar's sitar stutter glitches over a tabla-draped electronica rhythm on "Slither," courtesy of the Midival Punditz' Gaurav Raina. Guest singers appear on several tracks, including the ubiquitous Sting, who contributes his overly earnest voice to a power ballad called "Sea Dreamer." Shankar's sitar occasionally becomes a sidelight on her own album, leaping out for rock guitar-like breaks. She doesn't so much duet with Sting as accompany him. Her song for half-sister Norah Jones, on the other hand, integrates the singer's voice into a textural track of snaky sitar, as Jones mixes ethereal chorales and impassioned pleas. Much of Breathing Under Water recalls Bombay Dub Orchestra and their mixture of Bollywood strings, Indian musicians, and electronic grooves and textures. Both Kale and Shankar have writing credits on all but one composition, with their computer-concocted tracks often bridged by rhapsodic strings arranged by Bollywood composer Salim Merchant. His co-composition, "Little Glass Folk," brings an uncharacteristic Western classicism to the album, while the Anoushka and Ravi Shankar-composed work, "Oceanic," is the only piece aspiring to Indian classicism. Breathing Under Water is an ambitious album, although it has elements of pastiche, designed to expose Anoushka Shankar to a wider audience. --John Diliberto

Our partners will collect data and use cookies for ad personalization and measurement. Learn how we and our ad partner Google, collect and use data. Agree & close